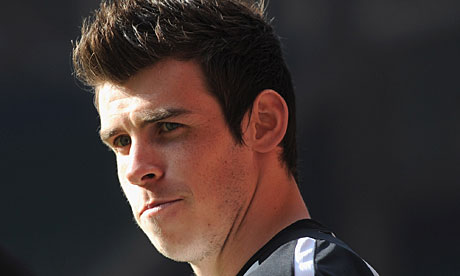 The Welshman put the visitors into the lead on 13 minutes, taking on James Collins before firing past Jussi Jaaskelainen in the West Ham goal.

The Hammers were back on level terms on 25 minutes. Former-West Ham star Scott Parker brought down on-loan striker Andy Carroll in the penalty area and referee Howard Webb pointed to the penalty spot.

Carroll fired home the penalty himself for his second goal of the year. West Ham took the lead on 58 minutes. Joey O’Brien played a long-ball over the Tottenham defence and Joe Cole beat Steven Caulker to the ball, before firing beyond Hugo Lloris.

Tottenham started to push forward for an equaliser and Irons keeper Jussi Jaaskelainen pulled off some superb saves from Bale and Caulker. At the other end of the pitch Lloris produced a crucial save to keep out Matt Taylor.

That save proved pivotal as not long after Spurs got the equaliser. Bale fired in a free-kick which hit Caulker on the back and fell to substitute Gylfi Sigurdsson, who prodded it home from close-range.

Jaaskelainen continued to thwart the visitor’s efforts pulling off fine stops from Emmanuel Adebayor and Sigurdsson. His resistance was finally broken in the last minute though.

Bale picked up the ball from substitute Tom Carroll, before smashing home a fantastic effort from 25 yards out. This time Jaaskelainen had no chance of saving his effort. That strike was Bale’s 19th of the season in all competitions.

Tottenham were in desperate need of the victory with Arsenal breathing down their necks and the north London derby this weekend.

The win moved Tottenham into third place above Chelsea. West Ham meanwhile are just six points off the relegation places and need to start winning soon if they are to avoid getting dragged into a relegation battle.

Are Tottenham now certainties for a Champions League spot?