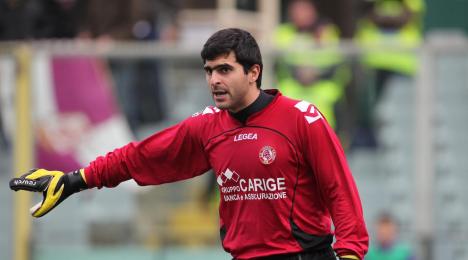 It seems that Juventus might sign Brazilian goalkeeper Rubinho to be their third keeper. Juventus decided to sign the 30 year old that is currently attached to no club. Previously in his career he played for various Italian sides such as Genoa, Palermo and Torino. Today Rubinho should conduct the medical tests and if no problems are encountered he will become a Juventus player. On the other hand should Rubinho fail the medical tests Juventus will have to consider other options.

Should he fail the medical, the first in line to replace Rubinho would be Brescia goalkeeper Michele Arcari who has always been on the wish list of Juventus transfer guru Fabio Paratici. Rubens Fernando Moedim, known as Rubinho, started his professional career in Brazil at Corinthians. At that time he also represented Brazil at U-20 level. In 2006 he moved to Portugal to join Vitoria Setubal. That same year he moved to Italy to play for Genoa. Since then he played for various Italian clubs which are Palermo, Livorno, Torino and Varese.