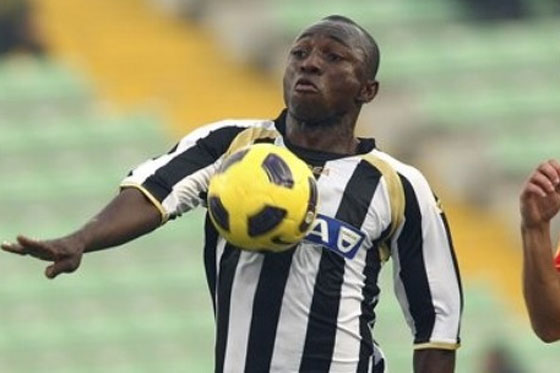 Another transfer saga is set to end very soon with Pablo Armero close to sealing a move to Italian giants Juventus. It was well known that Armero was on his way out from Udinese after falling out with Udinese coach Francesco Guidolin. Initially everyone was expecting Armero to join Inter Milan but once more Juventus confirmed their strong ties with Udinese by closing in for the Colombian’s signature. It seems that Juventus will be paying a 2 million euro fee for a season long loan deal and a remaining six million euros at the end of the season to sign the player permanently.

Armero kick started his professional career in his native Colombia at America Cali. In 2009 he moved to Brazil to play for Palmeiras. After one season he moved to Italy to play for Udinese. Pablo Armero has represented Colombia at international level 30 times without finding the net.