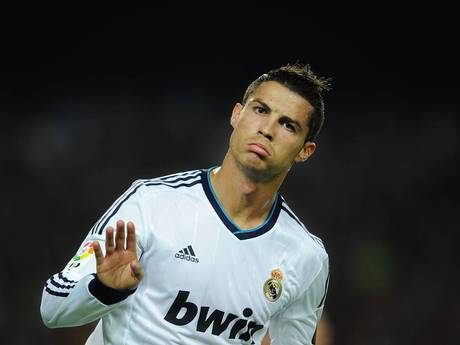 The draw for the last 16 of the Champions League has taken place and the two remaining English sides have been handed tough assignments.

Former-Manchester United star Cristiano Ronaldo will face his former-club for the first time. Ronaldo established himself as an Old Trafford hero prior to his world record £80million move to Madrid in 2009.

It will also be a chance for Sir Alex Ferguson to reacquaint himself with former-Chelsea boss Jose Mourinho. Although the pair were rivals during their time competing for the Premier League title, they hold a mutual respect for each other.

Elsewhere, Arsene Wenger’s side face German giants Bayern Munich. Munich were one of the most impressive sides in the group stages and are currently running away with the German Bundesliga title, going into the winter break.

Elsewhere, SPL champions Celtic face a difficult tie with Italian champions Juventus. The Hoops qualified from the group stages with a victory against Barcelona along the way. Juventus topped a group containing Shakhtar Donetsk and European Champions Chelsea.

Celtic will go into the tie as massive underdogs, but as they have shown already this season they have a flair for upsetting the big boys.

Catalan giants Barcelona will face Italian side AC Milan. Barca defeated Milan in last season’s competition and will be hoping for a repeat of that this season. Tito Villanova’s side face a Milan side very much in transition and should be clear favourites.

Other last 16 games in the Champions League:

Who will be crown European Champions in May?