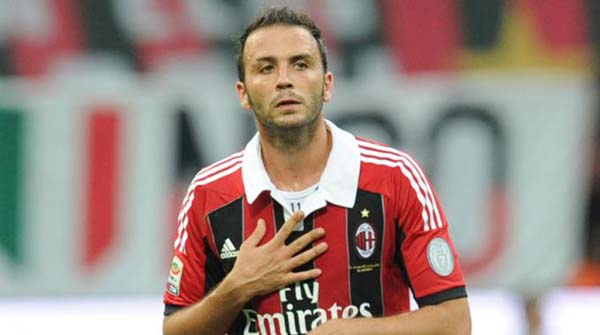 One of the most important round of the Serie A has concluded, roughing out a new league table.

Nothing changed for Juventus and Napoli. The match finished 1-1, goals scored during the first half by Chiellini and Inler. Juventus remains first in the league table, +6 over Napoli. The match caused discussions due to the dispute between Cavani and Chiellini. Cavani received a yellow card, too soft punishment according to Juventus.

erently, the table changed for AC Milan and Lazio. The match finished 3-0, thanks to a double scored by Pazzini and a goal by a rediscovered Kevin Prince Boateng. Lazio has played since the 16′ of the first half in 10, due to the expulsion of Candreva that made a foul to El Shaarawy’s detriment. After this event, Lazio probably lost concentration and played a lackluster match. AC Milan occupies now the third position in the league table.

The match Catania-Inter Milan has been thrilling. Catania was defeating Inter Milan 2-0 in the first half, but Stramaccioni’s team changed the result in the second half, through the goal scored by Alvarez and the double by an always more indispensable Rodrigo Palacio. Catania is currently excluded from the Europe zone, while Inter Milan is qualified, for now, to play in UEFA Europe League.